An era is over 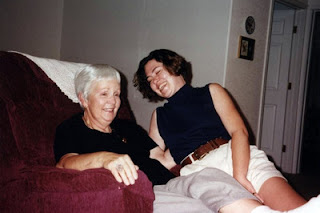 My grandmother died very suddenly from heart failure last year and none of us was expecting or prepared for anything of that nature. Other than a little high cholesterol we had no idea. As we always say, you can never be prepared.

Each time I've left their home for the past 10 years or so, I've wondered if it was the last time I'd see one of them. Someone else in the family has regretted their decision to live in a city away from everyone else, but I've tried to look at it as how fortunate they were to get to follow their hearts.

I don't necessarily regret the time we didn't spend together, but the loss of opportunity to make more memories. I struggle with the guilt of not being "there" wherever that might be since I am living mostly overseas for our work. But more than all of that, I just struggle with the bitter absence of breakfast sounds knowing that it will never be the same and yet rejoicing that I am so fortunate to have had my grandmother until I was 41 years old. I am learning to savor what I do have and have had, even while I swallow my tears.
Posted by roamingwriter at 7:34 PM 1 comment:

Email ThisBlogThis!Share to TwitterShare to FacebookShare to Pinterest
Labels: 5 of 52 for 2010, family, time

All in One Day

I don't write poetry, so excuse this. Random things that are striking me after a four year absence from the USA, as we begin to travel and share our mission again. 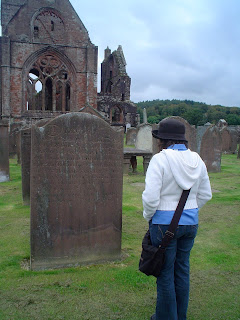 Am I blogging only for the sense of gratification I get from a few comments? I've wanted to tell stories and write since I was in grade school...around the time I quit growing (taller) now that I come to think of it. Anyway, I like the sense of getting something out immediately, but I've been in the industry long enough to know that there is a certain lack of authentication without an editor involved.

I've read the articles debating self publishing and the need for a neutral party to read (edit) your writing. Better yet I've read some of those books by people who decided to just go for it and print after frustrating bouts with the publishing industry. I seem to have stalled out in that painful area and I can totally appreciate giving up and paying to put it in print. Don't get me wrong occasionally these books turn out okay, but more often than not they are noticeably behind their formally published counterparts in quality.

So after a sheaf of rejections in my own drawer, I do enjoy the instantness of a blog. But now I'm beginning to experience instant rejectification. Last week I submitted a short story to an anthology at about 11pm the day before the deadline. It was a story of around 4,000 words. I had the rejection by 3pm the next day. Hope doesn't even have much time to hatch in this environment. I suppose the bright spot is there was no exchange of postage and self addressed stamped envelopes.

So thank you for the moments of instant gratification in blog land and a thumb of my nose to the instant rejectification. If I give up trying, I'll never know if my writing can get authenticated and published some day.
Posted by roamingwriter at 10:09 PM 3 comments:

Email ThisBlogThis!Share to TwitterShare to FacebookShare to Pinterest
Labels: 4 of 52 for 2010, perseverance, writing

I had a moment this week that I used the word ignorant in the literal sense of the word. I was on a tech support call if that helps any. I couldn't get the new website to load and I knew that I was simply ignorant of some step in the process. (I must be missing a similar step for the printer, but I digress).

We are about to start doing public speaking each week about our lives in Spain making videos. I realized after living in Madrid the last four years people expect me to be an authority on Spanish culture, but I feel ignorant. In four years, it seems I've barely scratched the surface and now I must speak for an entire country. 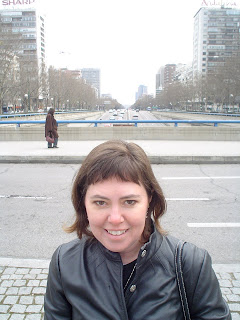 It's not that I didn't gain a lot of knowledge in Spain, I did. It's just that I really only know about my own experiences. I had one culture class from a real Spaniard but that was 3 days about five years ago. I knew and interacted with a few Spaniards but my daily life was with missionaries and other immigrants.

My only real Spanish friends were from church and there again most of the people sustaining the churches we attended were not from Spain. Romanians and South Americans seem to keep the church alive. I know compared to the random person on the street I do know a lot about Spain, but I don't feel an authority on a country so diverse. Each region has its quirks and laws and in some cases language.

Now don't get me wrong, it's a blast to get to talk about it, but I feel sheepish speaking for an entire people group with my limited experiences. Most people are only interested in about 15 minutes worth of conversation about my life in Spain, sometimes only five minutes. So traveling around and visiting to do our fund raising is a fun opportunity to blabber on and on about what I do THINK about Spain or tell my personal experiences. Hopefully a year from now I haven't left a lot of people thinking the wrong things about my other home.

Ready or not here I come.
Posted by roamingwriter at 11:22 PM 2 comments:

Email ThisBlogThis!Share to TwitterShare to FacebookShare to Pinterest
Labels: 3 of 52 for 2010, life in Spain, Travel

As good as it gets 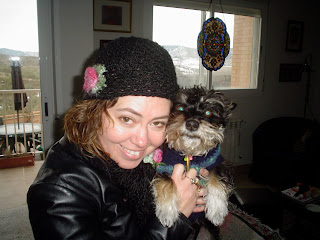 I had a conversation once with a friend from high school about how we thought we were fat in our 20s and now, uh, well, several years, okay decades later, we think how good we looked when we first got out of high school. (Please note: I'm not talking about fashion, just looks.)

Often in the mornings going through my morning ablutions and I'm feeling fussy or I'm complaining, I try to remember today is the youngest day of the rest of my life. Today is the least wrinkles, barring surgery, that I will have for the rest of my days here. So I need to appreciate what I've got today, rather than look back in 20 more years and think how good I had it and didn't know it.

I suppose it could be the skinniest day of the rest of my life but I don't know, people do take up fitness at various ages, so it's possible to have a thinner phase of life. So far my track record has been a slow escalation which all things continuing to be what they are means today is probably the skinniest day of my life as well.

I wish I could say I appreciate this fact and live in it's fullness each day. I don't. But I am learning to remind myself that today may be as good as it gets, so don't disavow that person in the mirror today. This may indeed be as good as it gets. But a little more make up might not hurt.
Posted by roamingwriter at 6:25 PM 1 comment: 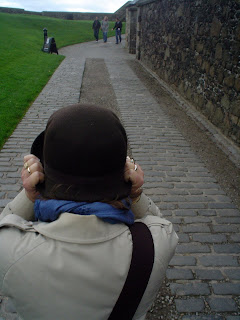