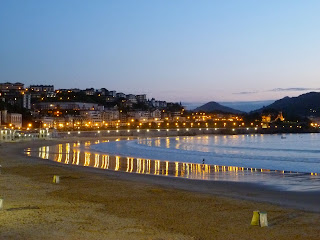 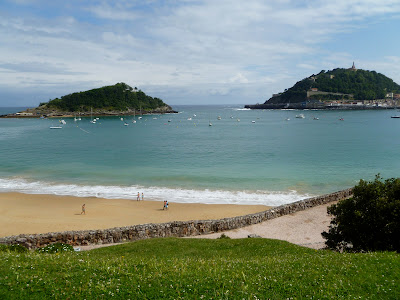 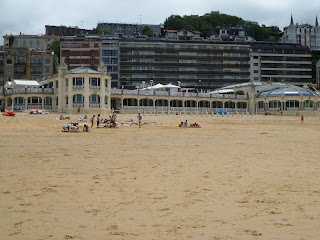 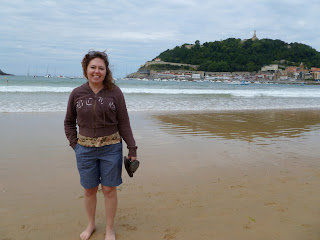 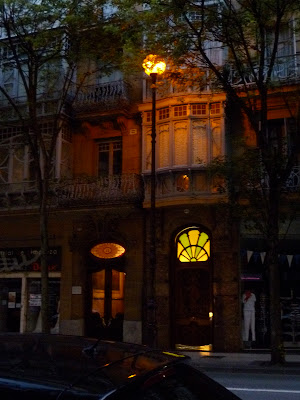 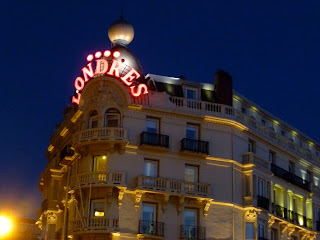 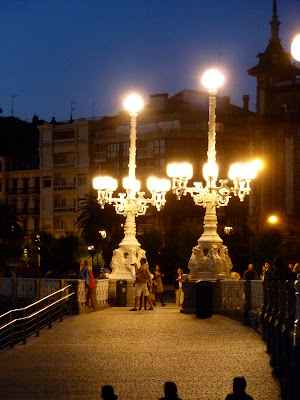 Posted by roamingwriter at 6:58 AM 4 comments:

In 2005, we were preparing to move to Spain. We had this group of people we hung out with a lot. We were part of several of the same groups at our church and several of us lived in the same neighborhood too, so walks would inevitable end up saying hello at someone's house. When our departure approached, Forrest, as he called himself in his original blog, pushed and pushed for us all to start blogs. That way when my hubby and I moved away, we could all still know what was going on in each other's lives.

I resisted at first, honestly. I always felt that I should be working on my books if I was writing, not frittering away at blogs. But Forrest won out. This blog is due to him. The first few years it was just stories between our friends about life using our nom de plumes. It was a private and entertaining circle.

I discovered that blogging was therapeutic in that I could get a good or bad story off my chest. I also discovered it was a good thing to prime the writing pump and get me going. It was also good writing practice I could do in moments rather than hours.

Well, Facebook came along and many of us drifted away from our blogs. By then, I'd found the benefits and still posted things in a haphazard way. Like I do now, but now I'm working vigorously on my work in progress so I'm not pressuring myself on the blog.

Forrest, whose "real" name was Sam (at least that's what we all called him) one time taught a class at our church that challenged people of faith to participate in the arts - be it movies, fine art, music etc. It was a delight to my soul as an author to find someone inside the walls of a church encouraging art for art's sake. It's a movement that has grown through the years and seems to have it's own place in the world now, but at the time it was unique to me.

Sam had quit blogging in our small group but in 2009 started an art blog. He challenged himself to do a piece of artwork a week for one year. Sam was by day an architect and a by night a creative soul.

I was fascinated watching the year progress as Sam did his art work and posted it on Facebook and his blog. Here's his art blog. It was so much work and so interesting to see. I was so inspired, in fact, the following year in 2010 I decided to blog 52 times. A much easier task, really, than producing 52 paintings, but a commitment for me none the less. My writing was in a slump again and this was a great opportunity to get it rolling again.

One thing has led to another and now I have a book and short stories for sale online with plans for print books this fall. I can credit some of that to Sam for pushing and inspiring. He would always ask me about my writing and we could always have conversations comparing writing as and art and painting and the discipline of art.

He loved art and music and had STRONG opinions on them. Actually Sam had strong opinions on everything and while there were moments, he could drive me crazy with that, I totally learned to be more willing to offer my own opinions and to listen to others even if I didn't agree.

Sam and some of the guys would hang out at a coffee shop on Thursdays and one of his projects was taking music he'd discovered and creating seasonal themed CDs. Seasonal in that these songs made him feel or think of summer, fall, winter, or spring. While I wasn't necessarily in this crowd of hombres, I got the advantage of discovering new music from these music CDs. In fact, I found some of my favorite bands because of Sam and his insatiable search for new or edgy music.

It's amazing how one person can seep into you without you really knowing. We had to say goodbye to Sam last week. Mesothelioma (a vicious kind of cancer) took him suddenly from our circle of friends and his family.  Absence is hard to take.

Posted by roamingwriter at 11:43 AM 2 comments: