We chose the special menu for two at a tiny place near us in Alcala de Henares, Spain. It was classic but gourmeted up Spanish cuisine. Each plate was decorated with sauces in the shape of a heart. This was really yummy sauces in a place where sauce is rare so it was fun.

Starters
Shrimp on a stick fried in a shredded pastry like this but not sweet. I don't know what it's called.

Croquet de Jamon, homemade. It is a dried ham and bechamel sauce coated and fried. You can get these at nearly every restaurant in Spain but the homemade ones are best.

A little taste of the USA. Quesedilla of ground beef and a rich creamy melted cheese.

Salad: I can't remember all the Spanish words. It was goat cheese somehow toasted or carmelized on one side, tomato compote, mixed greens and raddichio (also unusual in a salad in the common places here), pumpkin seeds, tomatoes, and delightful mix of basalmic vinegar gel and other vinegars and oils and something slightly sweet. The flavor mix was really good.

First Course
Gula, gambas, y trigueros. That is baby eels (not real ones but think fake crab sticks), shrimp, and green asparagus, in a creamy sauce, sort of like a pasta with a sauce on it only baby eel sqigglies instead of spaghetti. This was some advanced eating for me.

Main Courses (yes there were two!)
Chiperones and yummy sauces. Here's a picture in case I can't explain. It's a tiny relative of the squid. The leggie bits have the ink in them and are a stronger flavor. Not my favorite bits. But the tiny meat steaks of the bodies were grilled and the Spanish prepare them so well. They are a common food here.

The next plate was a lovely plate of aged beef, a bit of gristly cut but again grilled very nicely with crunchy bits of sea salt on it. Very tasty and done what to me was pretty rare but that's what they call medium here "a punto" at the point of being cooked. It came with a tiny decorative dollop of mashed potatoes.

For dessert we had a rich gooey brownie with nuts and a scoop of homemade vanilla bean and I think amaretto ice cream.

Keep in mind each of these was a single plate that we shared but I assure you we did not go hungry at all. It was typical type of foods of Spain but dressed up. I understand that a more gourmet approach is coming en vogue here aand I think this was a taste of it but right here in our own corner of Madrid without going downtown. 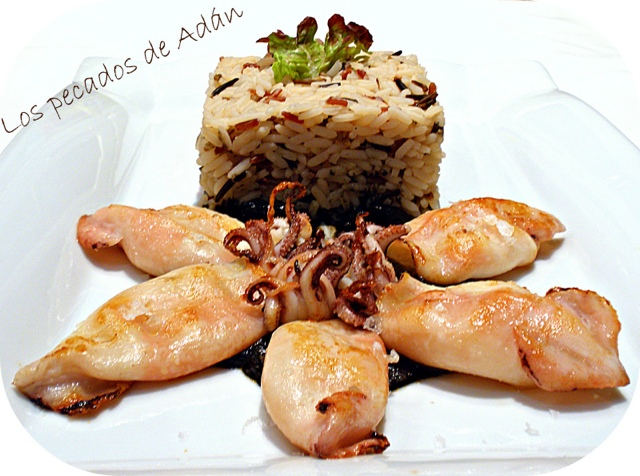 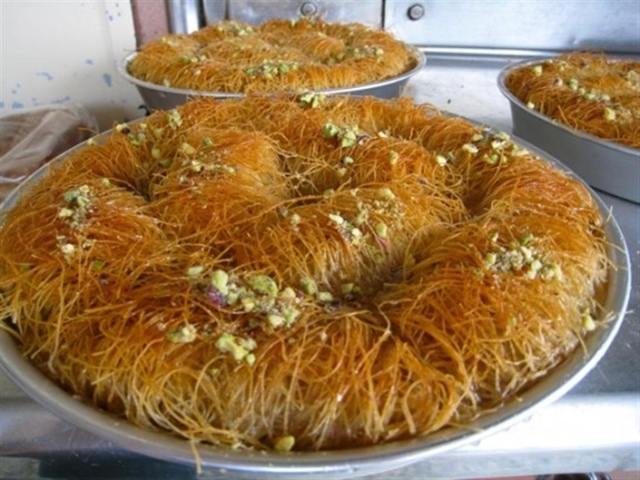 When I travel, for some reason I go into a food hoarder mode. It's not really conscious but I accept every bit of food offered me and keep it in my bag. I seem to have some deep seated idea that I don't consciously acknowledge that I don't know where my next meal is coming from so I bettter be prepared.

I recently took a late flight out and felt queazy while I was waiting so I bought some crackers. The moderately sized packet went in the bag after I had a few. I always buy my survival water as soon as I'm thru security, so that goes in the bag too.

On that trip, I arrived at a hotel and they messed up my entry key and it was 1 a.m. and they felt bad so they gave me a candy bar. Normally I'm not much of a candy bar person, but into the bag it went. There were complimentary cookie packets in the room. I ate one to take some medicne - and you guessed it into the bag with the rest.

The next day I caught a ride with some local friends to a city where we were to attend meetings. The local guys brought no nourishment for the journey and were amazed as I kept pulling things out of my bag and had enough for all three of us to have snacks on the way.

On a flight last week, they gave out little single cookie packets and I ate one and saved one, because you never know. The girl next to me offered hers and I took them and squirreled them away. So I had cookies for my sojourn, but I'm still packing those cookies two flights later. You never know, especially these days, if the airline will starve you or when a strange nautious moment might hit.

I have never as far as I know been deprived in the food category. I have been deprived of transportation or experienced a lack of nearby stores, so maybe my hoarding comes from that fear of no access.

The funny thing is I often arrive home with my little treasure trove of food stuffs and if there is no food in the house they may get eaten that first day. It's still simple survivalmat that point. If they don't get eaten that first day home, the hoarded cookies, pretzels or yogurt will languish and likely get thrown away months later, and yet I hoard as I go.

Are you going to eat that packet of peanuts? (I don't like them much, but you never know.)
Posted by roamingwriter at 8:57 AM 2 comments: